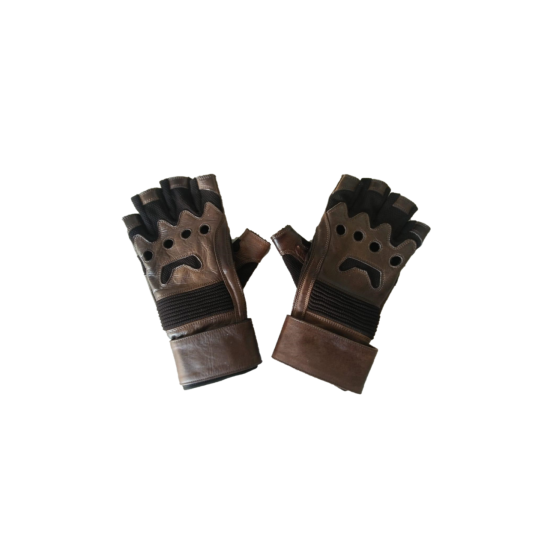 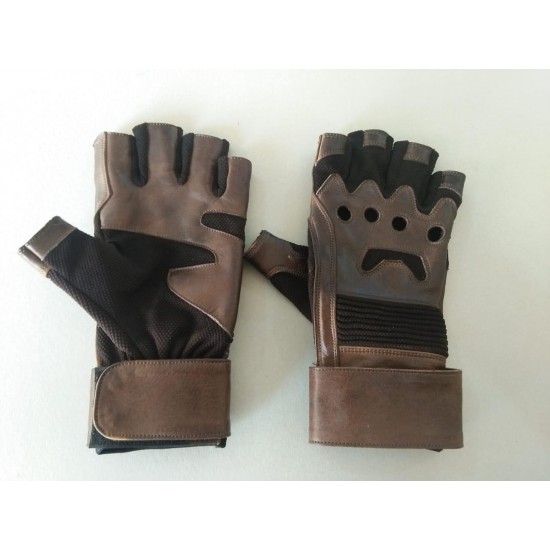 Captain America Gloves made in Leather from Civil War movie

These pair of Captain America gloves are designed on the basis of those worn by Steve Rogers in the   the Civil war movie.

Gloves and other accessories like belts, harness and boots are an important part of any superheroes costumes. The actual costume is actually incomplete without these accessories.

The Age of Ultron suit actually was the first suit to have a gauntlet which would allow Cap to recall his Vibranium shield. It was an advanced suit designed by Tony Stark.

Later, in Civil War, the Costume remained mostly unchanged from the Age of Ultron. It just had a few minor variations. It was the tone and the detailing which was changed.

Captain America got his first advanced gauntlet in Ultron which could automatically recall his shield. So, this was one of the major upgrades.

The same pieces of his hand accessory were carried forward in Civil War but again with a few minor changes...

How have we designed these gloves from the Civil War movie?

These pair of gloves is made from high-quality leather to give that similar classic look which Cap’s gloves have in the movie. It is in a combination of two shades of brown very similar to that in the movie. The entire hand accessory has premium stitching all over to give a very finished and sleek look.

They are made-to-order and are made in custom-size to give you the best fit and grip.

Well, the simple answer would be that it’s a part of his costume. However, there are some more interesting reasons to it

Cap’s shield is a powerful defense object which can take almost any sort of attack. He uses his shield not only to protect himself but also to attack his enemies. Cap’s original shield is made of vibranium which is a very strong metal. Therefore, to carry his powerful shield, Cap needs a pair of gloves. He can’t use them bare-handed at least.

2.       For a better grip while fighting the villains and doing superhero tasks.

Cap has faced and fought many villains from Red Skull to Thanos. And yeah, he even had to fight Iron Man in the Winter Soldier Movie.

He also has to do super-hero tasks like stopping the helicopter when Bucky is under the influence of H.Y.D.R.A. All these tasks requires strength and grip and of course Cap’s hands. Therefore, he needs to don these accessories over them for better grip, movement and strength.

3.       To protect his hands from injuries and attacks

Cap also needs to defend and protect himself from attacks of enemies and villains. Since, he uses his hands to attack an also defend himself, it’s important to protect those heroic hands. Therefore, he needs to cover them with gloves designed to give him a better grip and movement.

Unlimited content, in tabs accordions, or any other module added to the product page in any position and sort order via the new and most advanced Journal 3 Blocks/Tabs.
Tags: Captain america , civil war , gloves , leather gloves
Quickview