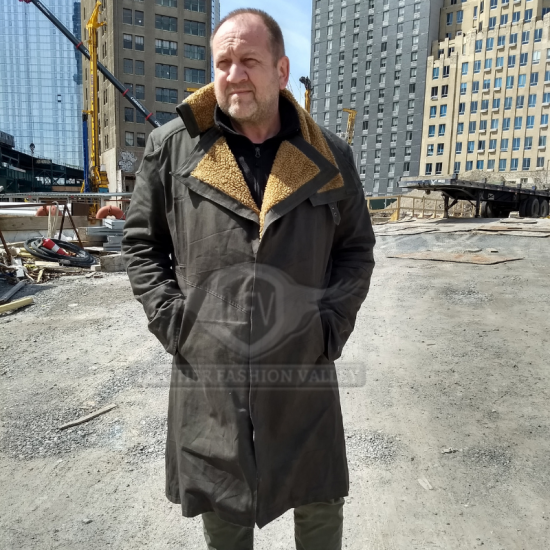 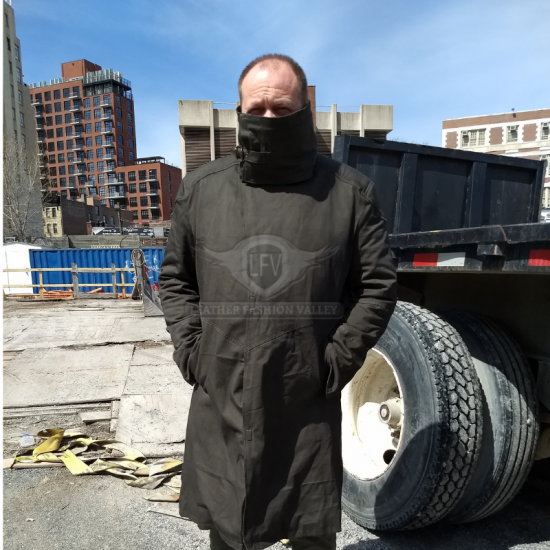 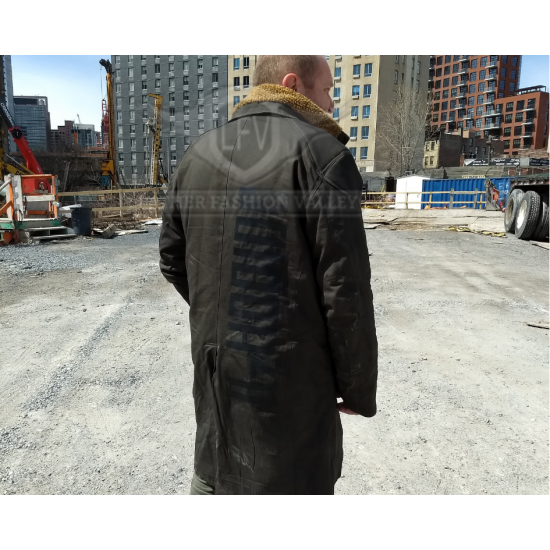 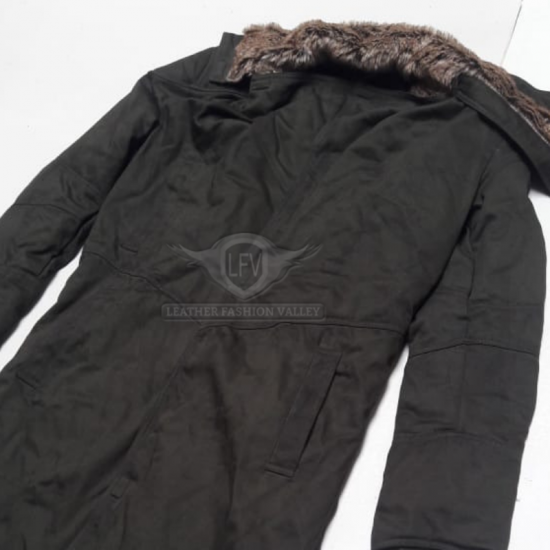 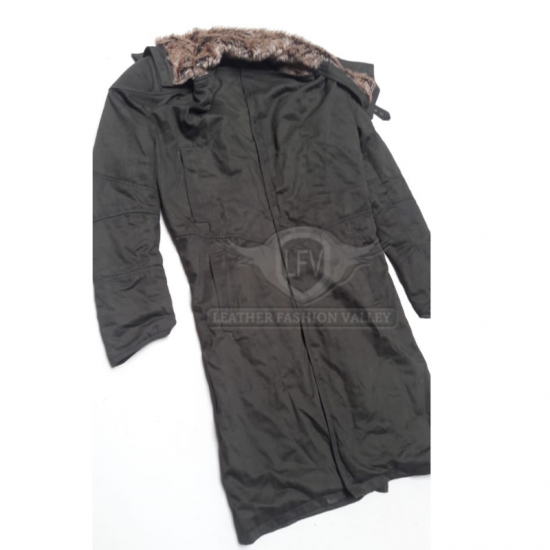 Blade Runner 2049 Coat
This product qualifies for free shipping
This block is set to appear automatically on products above a certain price, which may qualify for free shipping or other perks.
1924 samples sold
Product Views: 24519
1 reviews - Write a review
$169.00

Best Cotton Fabric: the movie version is also made of cotton not leather.

Coat can be weathered & dark if you chose weathering option

You love the Latest coat from the Blade Runner 2049 movie but do you know some interesting facts about it. Hang on to know a few things about this go-crazy-over coat you probably didn’t know before.

What style is the Blade Runner 2049 Coat?

Is it really a Shearling Coat?

Why was Ryan gosling given a coat as a costume instead of a superhero suit?

Well… The answer could be simple that it’s neither a superhero movie nor Officer K is a superhero. He is rather a replicant who works for the Los Angeles Police department to hunt and retire rogue replicants. He operates in dark, wet, polluted world created by Denis (Villeneuve). His life like all other replicants is miserable in that kind of environment. So, a superhero costume would not resonate with his character in the movie.  Therefore, Renee decided to do a long coat for him that would also help him cover his face. It symbolizes protection and covering against the pollutants in that world.

What kind of fabric is used for it?

As already mentioned above, this coat is made from cotton canvas rather than sheepskin. However, it was painted and laminated in a way as to give it a look of leather.

Why didn’t they use leather for making the costume?

Renee says that leather would have become wet and very heavy in that environment and his character is poor and miserable. So, they wanted to give him something light which could just help him cover up from pollution.

Is it suitable for Vegans?

The coat worn by Ryan Gosling in the 2049 version of the movie is perfect for vegans. The fabric used is cotton canvas and the fur used for lining is not animal fur. It’s rather artificial fur made from faux. Therefore, it would go perfectly with the ideology of veganism and PETA has appreciated it for that.

What’s special about the collar?

Costume designer Renree knew that the world had enough of hoodies. That’s why she came up with the idea of a high collar which would hide Officer K’s face partially and only his eyes would be seen. The unique thing about this collar was that it closed magnetically. This was particularly helpful as the producers/directors wanted the audience to just see his eyes in the beginning of the film. Not only, it would cover his face but would also protect him from the polluted environment in which they were living.

How much was the collar fur for?

You probably already know that the fur used is not animal-obtained but artificially produced from Faux. But you would be surprised to know that the faux fur used in the coat for Ryan Gosling in the latest version of the movie dirt-cheap.  Yeah! Its cost was just $2 per yard.

How many coats were made for the movie?

At least 15 pieces of the coat were made for Ryan Gosling as he wears one costume for the whole movie. So, having multiple pieces of the coat would help throughout the entire shooting of the movie as many times scenes have to be moved around which alters the chronology. And having the same costume wouldn’t affect the altered chronology but of course multiple pieces would be needed for Gosling to change for different shoots.

Well, the online market is flooded with lots of Officer K replica jackets/coats. It seems everyone can help your fandom for Ryan Gosling but not actually. Not all sellers who claim to sell the best replica in the market do so. Therefore, you should know a few things before buying this coat or jacket as you like to call it although technically it is a trench coat.

1. The very first thing to check is the material of the coat you are buying.  An important point to note here is that it should not be leather at all. The reason is simple. The coat worn by Ryan Gosling in the movie is not made from leather rather it is made from a plant-derived fabric. It is a cotton coat waxed and laminated to give it a little leather -like look but it’s not leather. This is what costume designer Renree has told to the giant media houses. The coat was even deemed award-worthy by the men’s health magazine.

Now most of the sellers online sell the coat in leather which under qualifies it from being the best replica at the first instance.

So, the best replica will always be vegan and will be made from cotton which is plant-derived fabric just like we have made it.

1.      2. The second thing to note is magnetic closures for fastening. The one made for Ryan Gosling in the movie doesn’t have a zipper for fastening rather it has magnetic closures. Sadly, not many sellers are able to replicate this cool functionality. Before buying, make sure that the coat you have selected has a magnetic fastening system instead of a zipper.

2.       3. Another important thing to take care of while buying is that you make sure that the fur on the collar is faux fur. Remember, the costume designer of the movie made it completely vegan. She actually used faux fur as cheap as $2 per yard. That’s pretty astonishing but that is what Renree has told to the online media publications. Also the collar strap should come with a buckle.

4. You will also have to take care of the color of the coat if you want to get the exact replica. Many sellers have coats in black but that is not the shade worn by Ryan Gosling. The shade worn by him is grey-greenish.

Unlimited content, in tabs accordions, or any other module added to the product page in any position and sort order via the new and most advanced Journal 3 Blocks/Tabs.
Quickview